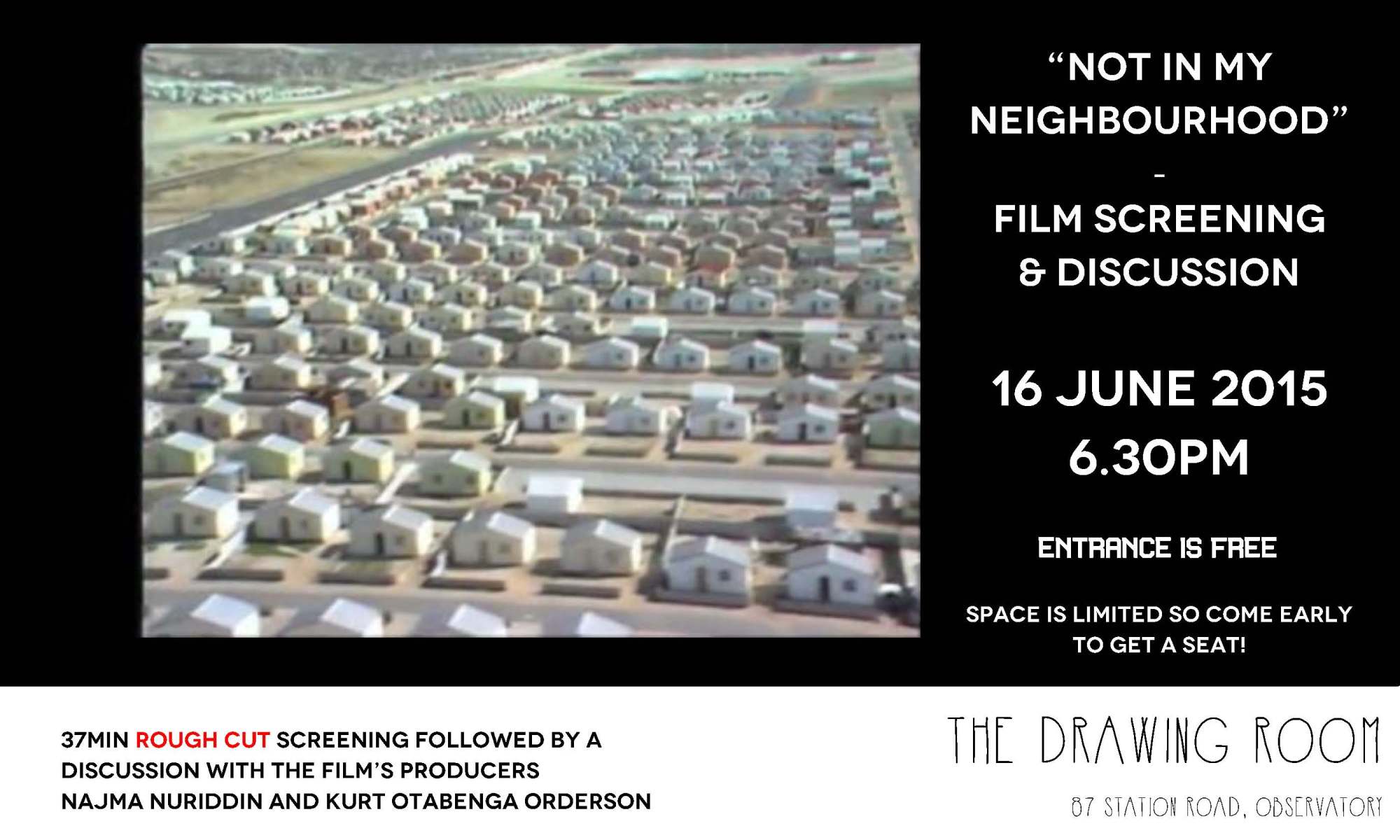 As cities around the world catapult themselves into ‘World Class’, Global City status, we have to ask ourselves, “at what cost”? “Not in My Neighbourhood Documentary” gives the account of three people from three, seemingly World Class Cities. It follows their daily struggles, trials and triumphant moments, as they try to shape the cities they live in, from the bottom up.

Exploring the parallels, history and effects of our current urban environment, “Not in my Neighbourhood” investigates urban processes such as Gentrification, Spatial Violence and the legacy of Architectural Apartheid in São Paulo, Cape Town and New York.

The 37min screening of the rough cut is followed by a discussion with the film’s producers Najma Nuriddin and Kurt Otabenga Orderson.